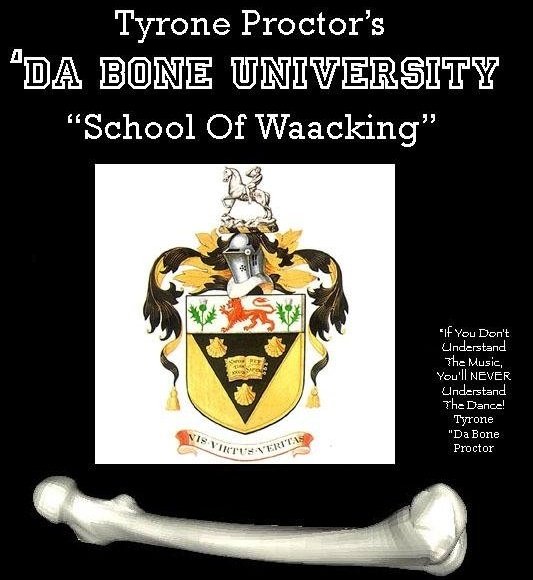 The Mission is to uphold the true essence of  the 70's dance style "Waacking", while maintaining the integrity of  Urban Club and Street Dance for students, performers, and practitioners around the World. The main goal is to pass down the Original teachings and techniques of the late Tyrone Proctor, Tinker Toy, Andrew, Arthur, Shabba-doo as well as Bill Goodson and more.

In the early 1970s the dance style was known as posing or punking, with "punk" being a derogatory term for gay men at the time. Naming the style punking was a way of turning this negative term into something positive. The term "WAACK" was a specific movement within the punking style which involved moving the arms over the head, and around the body in a rhythmic fashion. Although the heterosexual dance community took part in punking, they did not want to associate themselves with the negative connotations of the name "Punk" and therefore renamed the dance genre "waackin". Later, Jeffery Daniel added the "g" to waackin to make it "waacking", the name by which the style is commonly known today.[6]

The originators of Waacking danced to underground and imported Disco music, which was often sped up to create a more energetic atmosphere on the dance floor. The style remained largely underground until it became popularized by the American music-dance television program Soul Train and influenced the creation of Outrageous Waacking Dancers, a Los Angeles-based waacking dance group.